Part Time Punks was a hoot! So much fun to meet and play with some of our favorite new and old bands.

And, of course Michael, is always kind to think of us for the festival itself.

Got a couple of questions about Phil's shirt (see picture below) on Friday. Here's a link that might explain it.

(photo courtesy SFStation)
In the mean time.. Ram On... 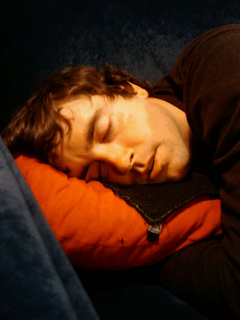 Recording went great this weekend! 10 songs recorded. Touching up a few things in the next couple of weeks before mixing.

The immor(t)al Jack Shirley helmed the knobs. He's quite good at helming the knobs!

But not from recording, from a very trying double feature last night that consisted of Paul Verhoeven's "Flesh + Blood" and Snoop Dogg's "Hood of Horrors".

Leaner line-up. Richer songs.
Very exciting.
Follow us on Twitter to get up-to-the-minute insight into our recording process: www.twitter.com/magic_bullets
Some of the songs we'll be doing that you've probably heard live include "Millions Of People Running Around In Circles", "Lying Around", "On Top Of The World", our yet to be titled closing song, and many more!